Are Americans abandoning their parents? 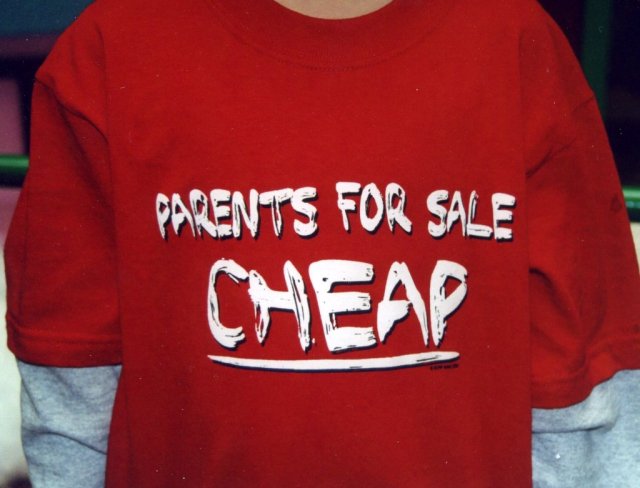 We’ve all had the discussion with our parents and In-laws swearing we won’t put them in a nursing home when they get older. However, that’s always a good thing to promise. I have yet to promise my mom that and try explaining to her that there may come a time when I cannot care for her by myself.

I recently came across an article in The New York times discussing the decision to move an older person into some sort of care facility and whether or not Americans were too self-centered, too careerist to take care of their elders.

“I come originally from Argentina and in my culture we respect and honor the elderly and consider it disgraceful and selfish to put a parent in a nursing home,” writes one reader. And then Dr. Kat Lieu from New York City sounded only slightly less disdainful saying “Maybe it’s because I’m an Asian-American, but I never see myself far away from my parents,” she wrote. “They had always been there for me. I will always be there for them.” She’d never consider a nursing home, she vowed.

Of course we all want to think that we are of the mindset as Dr. Lieu when it comes to taking care of our parents and would never think of having to put them in a nursing home – as abandoning them. In fact, if we look at statistics in the US the great majority of our older adults don’t live in any kind of institution and aren’t receiving any paid help, but rely on their families. And the fact is that nost family members aren’t flippant about the decision to place a family member in assisted living or a nursing home, nor do they walk away after doing so.

But in this article, for instance, we learn that homes for the elderly are popping up all over China. Zhanlian Feng, the researcher who just reported his findings on the growing minority populations in American nursing homes, emigrated from China in 1997 to do graduate work at Brown University, where he now teaches. Here’s what he had to say about how things were when he left his homeland:

“If you talked to an adult child and asked, ‘If your mother or father gets too sick to care for at home, would you consider some sort of home or facility?,’ they would be shocked,” he told me in an interview. “It was a shameful idea.” Adult children, particularly sons, were expected to take in their parents. End of story.”

But when Dr. Feng returned to China in 2006 he said “people’s attitudes had changed a lot in just a few years, even in rural areas where you’d think traditions would have a stronger hold.”

Contemporary China is experiencing many of the same demographic and socioeconomic pressures as the United States, he recently reported in the Journal of the American Geriatrics Society. People are living much longer; family structures are changing; women have entered the workforce. With no national health insurance program like Medicare and with the one-child policy that places elder care responsibilities on fewer shoulders, Chinese families also face some challenges greater than ours.

With that in mind, Dr. Feng goes on to say this has created an escalating need for care for a lot of aging people. (A whole lot: roughly 112 million people over age 65 now, and a projected 329 million by 2040.)

So here’s the interesting part: With younger and healthier residents than those found in American nursing homes, these facilities in Asia seem more like independent or assisted living. Most do not employ any nurses or physicians. And the resident’s say that they would rather live by themselves where they can chat and participate in activities with their peers, instead of spending every day with their children’s family and having to rely on them for care.

The result is that senior homes in China tend to have healthy retirees, whereas in the US they tend to be quite unwell.

Paula Span is the author of “When the Time Comes: Families With Aging Parents Share Their Struggles and Solutions.”

Sue has a Master's degree in Gerontology and has worked with the elderly and their families for over 30 years and is the Author of "Along Comes Grandpa", a caregiving resource guide, and the novel "If I Walked in Her Shoes". As an ElderCare Expert and Keynote Speaker, Sue employs her comprehensive experience and passion, to educate and promote self-care values to family caregivers and the community at large.
View all posts by Sue Salach →
This entry was posted in caregiving and tagged caregiving. Bookmark the permalink.