I’m in pain – light up a dubie 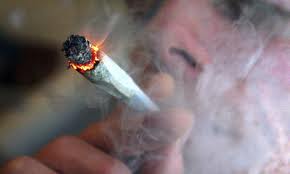 Medical cannabis (also referred to as medical marijuana) is the use of cannabis and its constituent cannabinoids such as THC as a physician-recommended form of medicine or herbal therapy. The Cannabis plant from which the cannabis drug is derived has a long history of medicinal use, with evidence dating back to 2,737 BC.

Although the extent of the medicinal value of cannabis has been disputed, and despite the opposition to research and use put forward by most national governments, it does have several well-documented beneficial effects. Some of these being the amelioration of nausea and vomiting, stimulation of hunger in chemotherapy and AIDS patients, lowered intraocular eye pressure (shown to be effective for treating  glaucoma), as well as gastrointestinal illness and chronic pain. Its effectiveness as an analgesic has been suggested—and disputed—as well.

There are several methods for administration of dosage, including vaporizing or smoking dried buds, drinking, or eating extracts, and taking capsules. The comparable efficacy of these methods was the subject of an investigative study conducted by the National Institutes of Health. Synthetic cannabinoids are available as prescription drugs sycg as Marinol in some countries including the United States.

While cannabis for recreational use is illegal in all parts of the world, though decriminalized in some, its use as a medicine is legal in a number of territories, including Canada, Austria, Germany, the Netherlands, Spain, Israel, Italy, Finland, and Portugal.

Now get this and tell me if this makes any sense to you but in the United States, federal law outlaws all cannabis use, while permission for medical cannabis varies among states. Distribution is usually done within a framework defined by local laws. Very conflicting messages here and thus why medical cannabis remains a controversial issue.

Check out this video from 2009 where we all watched and thought, “Wow, now we seem to be progressing.”

How have things changed since then? Fast forward to May 2011

Now we’re being told by U.S. Attorney’s such as Thomas Delahanty and the Attorney General that those participating in the state programs of medical marijuana consumption are violating federal law regardless of how citizens voted or what state law says. And, he adds, the federal law will be vigorously enforced.that those who choose to participate in.

Okay so the States are individually allowed to vote on this issue, have it pass and then “participate but do so at their own risk?” How bizarre is that?

Take for example Augusta, Maine  –  In an article that came out just this month

Under federal law, marijuana is a Schedule 1 drug. The U.S. Attorney’s letter came in response to Representative Deb Sanderson’s bill that would make registering with the state optional for patients but caregivers would still be required to do so. “Federal law is federal law and state law is state law. As a legislator, we have the right to institute the laws that we feel are best for our citizens and our citizens clearly want this,” Representaive Sanderson said on Friday.

But the U.S. Attorney sent a very clear message. If you’re a caregiver in Maine you do so at your own risk. “Well anyone using marijuana in Maine is operating at some risk of prosecution by the federal government,” Schneider says.

“We will enforce the Controlled Substances Act vigorously against individuals and organizations that participate in unlawful manufacturing and distribution activity involving marijuana, even if such activities are permitted under state law,” Delahanty said in his letter. This is causing some sleepless nights for caregivers who say they’re not breaking the law here in Maine. “I feel threatened,” says caregiver and patient Jon Steward, “I feel intimidated and I want to know why it is that we can’t seem to have we the people rule ourselves. We said it was okay.”

Jacob McClure is on the board of directors for the Maine Medical Marijuana Caregivers Association and says some caregivers are considering giving up rather than risk going to prison. “I think to see people being intimidated into ceasing and desisting what they’re doing that’s helping other people in their community, I think that’s a real shame,” he says.

And if the federal Drug Enforcement Agency came in to Maine and arrested a caregiver who was abiding by Maine law, would there be anything the state government could do for them? “Nothing,” says Schneider. “They’re on their own.”

So this appears to be a very sticky situation we have now found ourselves in as a Nation, once again. I can’t wait to hear your thoughts on this subject. I will keep my own opinions to myself.

Sue has a Master's degree in Gerontology and has worked with the elderly and their families for over 30 years and is the Author of "Along Comes Grandpa", a caregiving resource guide, and the novel "If I Walked in Her Shoes". As an ElderCare Expert and Keynote Speaker, Sue employs her comprehensive experience and passion, to educate and promote self-care values to family caregivers and the community at large.
View all posts by Sue Salach →
This entry was posted in chronic conditions and tagged canabis, chronic conditions, chronic pain, homeopathic, homeopathic cures, marijuana, medical marijuana, natural analgesics, natural remedies. Bookmark the permalink.

2 Responses to I’m in pain – light up a dubie